Visit a French Bistro - In Your Own Kitchen - With These Recipes

When it comes to a cuisine that serves as a foundation for other cooking techniques and processes, French cooking tends to rise toward the top.

Even if you’ve never taken a trip to France or don’t have French heritage, you may already be fairly familiar with this type of cuisine. And no, we’re not talking about “French Fries.”

Known for its elegance and artistic components, French cuisine is a unique category that can inspire chefs of all experiences and backgrounds.

While we may not all be able to hop on a plane and fly into the Paris Charles de Gaulle airport, we can all still get a taste of what this exciting, intentional cuisine is all about. Create your own at-home bistro by exploring some popular and versatile recipes founded in French cuisine.

What is French Cuisine?

As one of the top culinary destinations, France offers a cuisine that is intentional and whole. While it may come with some initial intimidation with fancy-sounding ingredients and techniques, French cuisine is all about elevating main components through basic processes.

Some key features of French cuisine that can be commonly found include:

Rarely will a French dish have a single flavor that’s represented. Instead, dishes will bring in a few or more flavors that blend together well to create a harmonious bite. None of the flavor layers overpower the others, which helps it stay well-balanced and versatile.

Bring in the Sauces

French cuisine also incorporates sauces, stews and soups to accompany the ingredients. A mirepoix, which is a combination of celery, onions, carrots and garlic, often gets the French dish started.

Practice with the Basics

While many components of French cooking may sound intimidating, it’s often based in the basics of cooking. Techniques like sautéing, roasting, poaching, broiling and more are often used in a recipe. Often, all it takes is just being willing to try something new - whether it be a new dish or cooking technique. With time and practice, you’ll grow your cooking skills, for French cuisine and many other types.

Both the art of French cooking and eating aren’t intended to be rushed. This cuisine takes intention and perhaps a few more involved processes than just throwing something in the microwave. It’s also intended to be enjoyed and savored when mealtime comes around.

Among French recipes, there are some ingredients you’ll find more often than not. These basic ingredients include things like:

Olive Oil - A foundation for almost all types of cooking techniques. Choose a flavored or non-flavored extra virgin olive oil that you’ll be sure to reach for as you cook.

Cheese - This ingredient plays such an important role in French cuisine that there’s even a separate cheese course enjoyed before dessert. Paired with some bread, crackers or grapes, cheese is savored in multiple ways in French cooking.

Bread - Sliced fresh, baguettes and other French breads are often found on the dinner table as a delightful munch before a main meal.

Garlic - This versatile ingredient sets the flavor tone for getting started in a dish.

Eggs - The versatile components of eggs make them foundational to French cooking. They’re most often enjoyed with sauces, on sandwiches or found in quiches or tartes.

Flour - From baked goods to a roux to crunchy coated meats, this pantry staple is a must for French cooking.

Herbs - From rosemary to oregano to thyme and many more, be sure to have either dried or fresh herbs on hand for adding while cooking as well as for garnish.

Tomatoes - Colorful and versatile, tomatoes of various shapes and kinds often find themselves in French recipes.

Mushrooms - Often included with a cream or wine sauce, mushrooms are a common add-in for French dishes.

With these basic ingredients on hand, you’ll be well on your way to whipping up a delicious French dish that will make you feel like you’re right in a French bistro.

9 Delicious French Recipes for Your Own Home Bistro

Are you ready to bring a French bistro into your own home? Here we share some of our favorite recipes as you explore the art of French cooking for yourself. 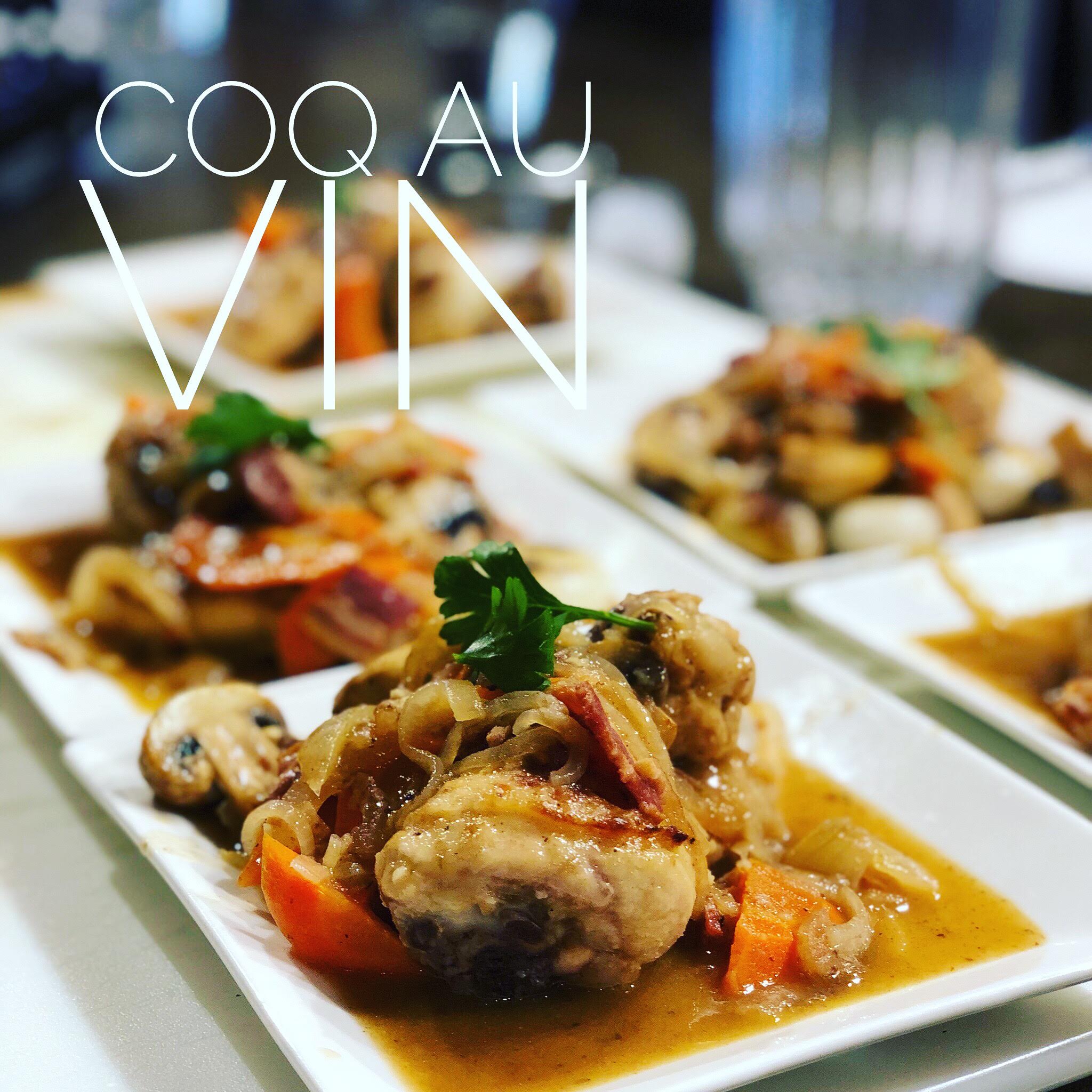 Coq Au Vin - A Fustini’s take on this French classic. Flavor from the Rosemary Olive Oil and Sicilian Lemon Balsamic Vinegar elevate this favorite that’s fun to say and exciting to make. 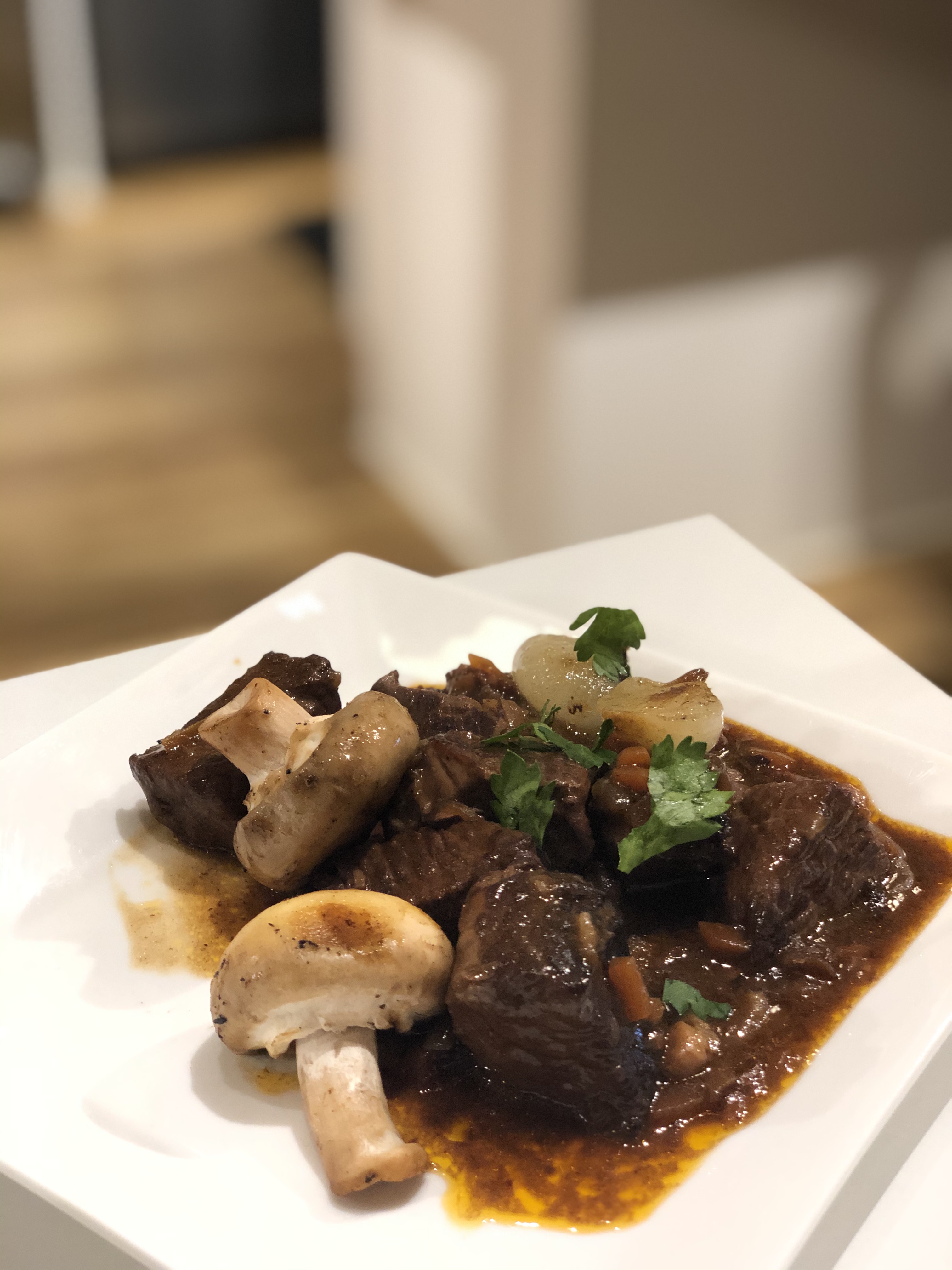 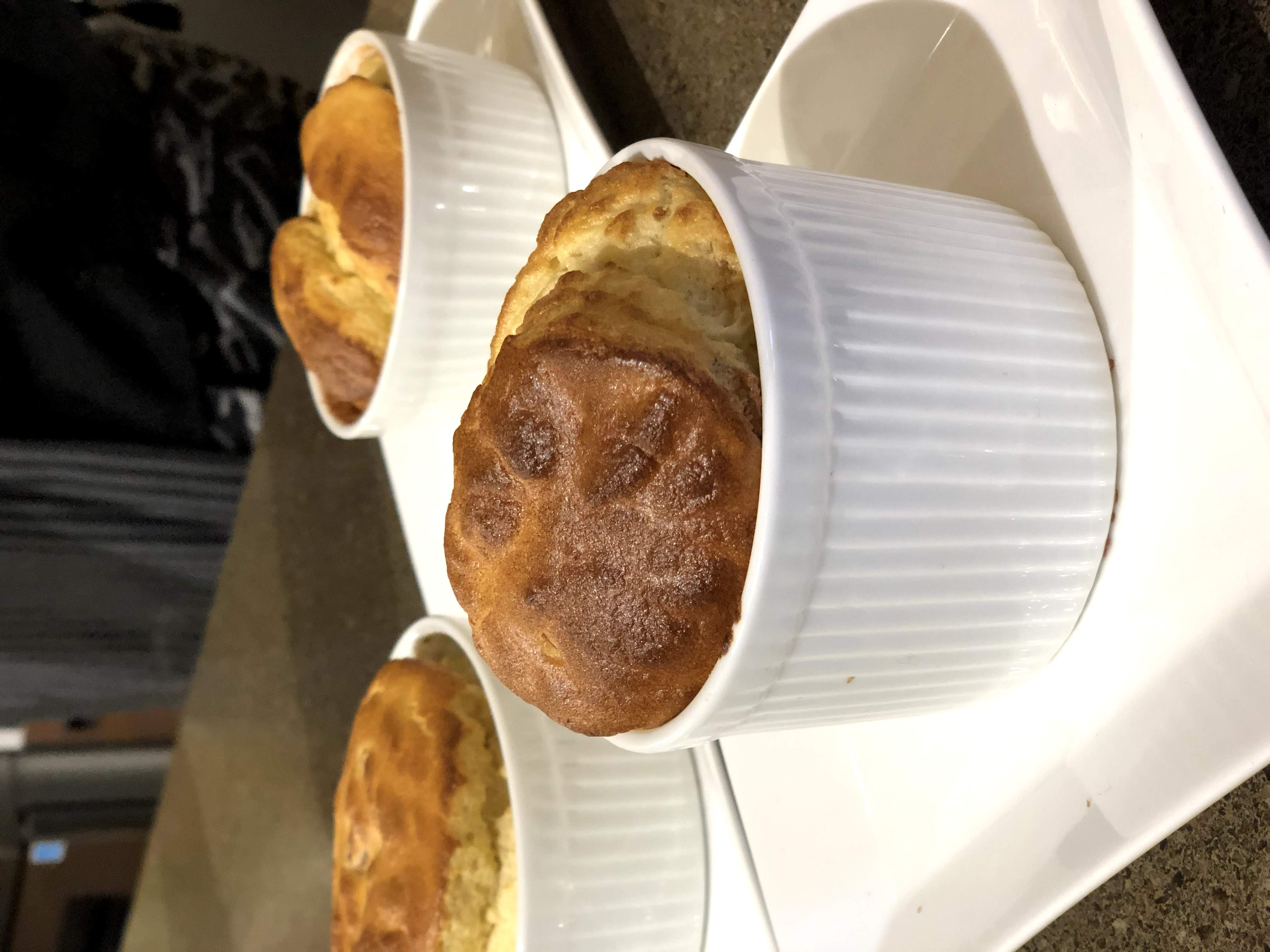 Cheese Souffle - The Parmesean Asiago Tapenade added into this recipe amplifies the cheesy, garlicky notes of a classic souffle. This recipe uses both parmesan cheese and swiss cheese for double the creamy and light flavor and texture.

Bruschetta di Pomodori - A take on a classic bruschetta recipe, this version includes a brightness from Meyer Lemon Olive Oil and sweetness from 18 Year Balsamic Vinegar. 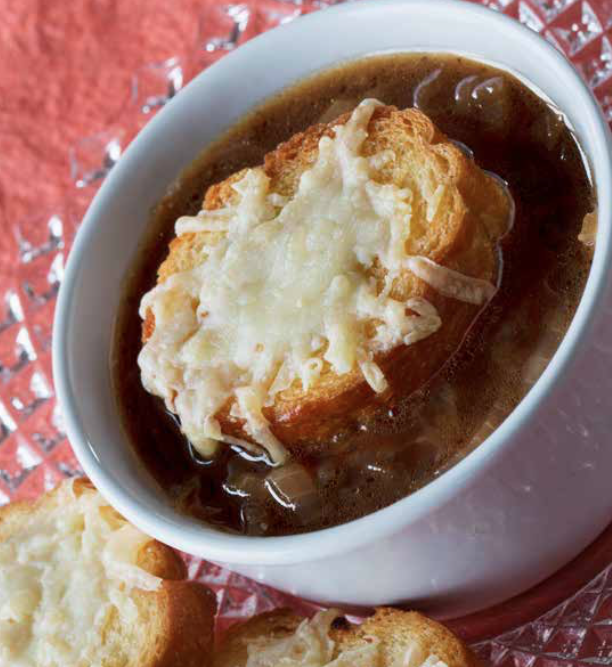 French Onion Soup - Delicious as part of a recipe or on its own, this soup recipe brings in rich flavor from Garlic Olive Oil, mixed with beef broth and topped with cheese and bread cubes.

Ratatouille - Pick out some favorite veggies like squash, onion and tomatoes and serve them with a flavorful sauce with Tuscan Herb Olive Oil and Herbs of Naples Balsamic Vinegar for a quick and easy French side. 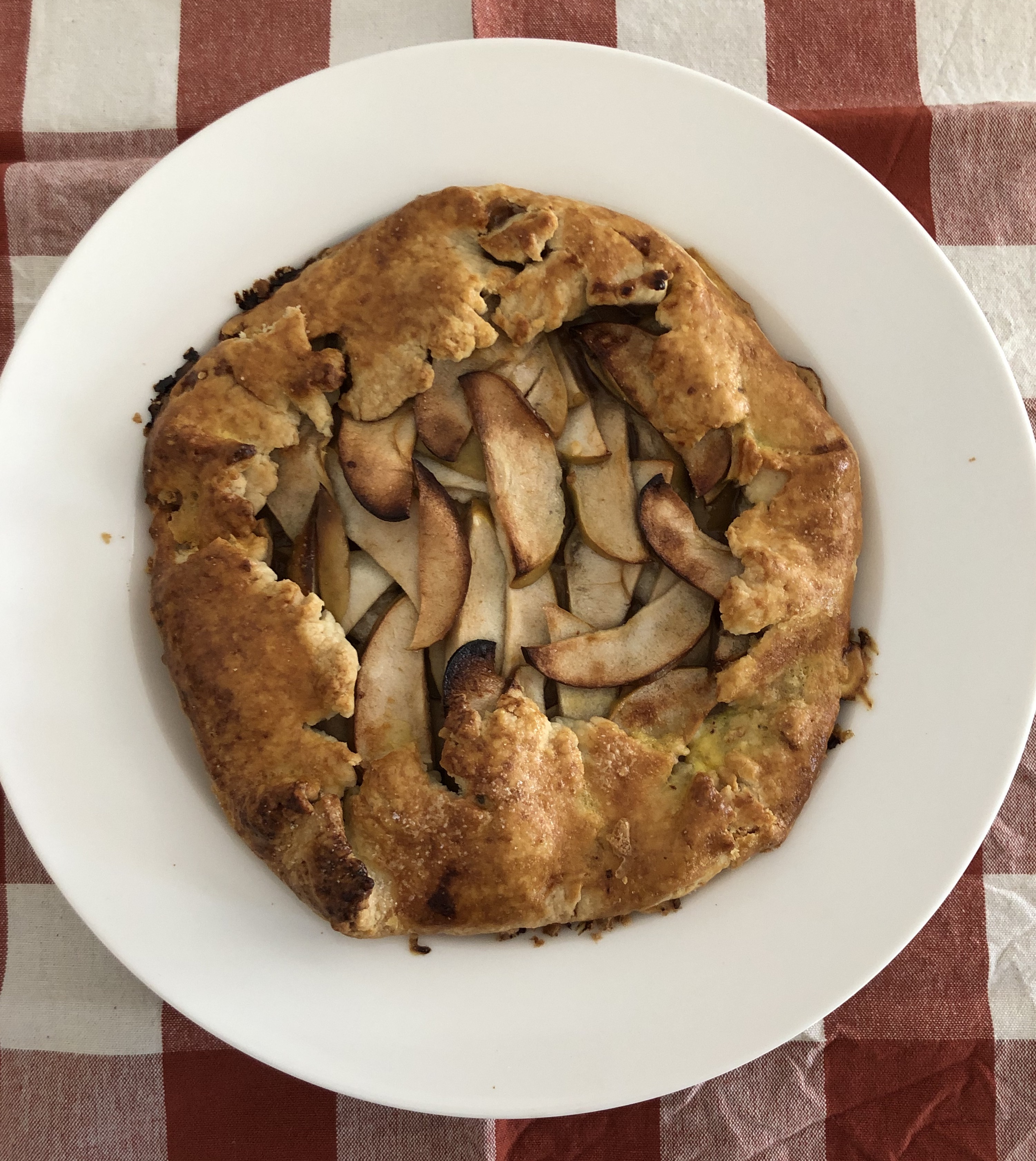 Apple Galette - This sweet dessert has a rich glaze made of Traverse City Cherry Balsamic Vinegar. With a flavorful crust and filling, you may just want to make this for breakfast as well.

Crepes with Mascarpone and Chocolate - Great for breakfast or dessert, these crepes bring in a bright pop of fruity flavor with Blood Orange Olive Oil. The creamy fill and pastry is brought together with a zesty cherry compote.

Get a Taste of France - From Your Own Kitchen

While we may all certainly enjoy a real-life trip to France, you don’t need to physically be in France in order to learn and experience French cuisine. By knowing basic cooking techniques, you can be on your way to trying new recipes that you may not even be able to pronounce. Try something new - you may find a new type of cuisine that interests you!

There are currently no comments