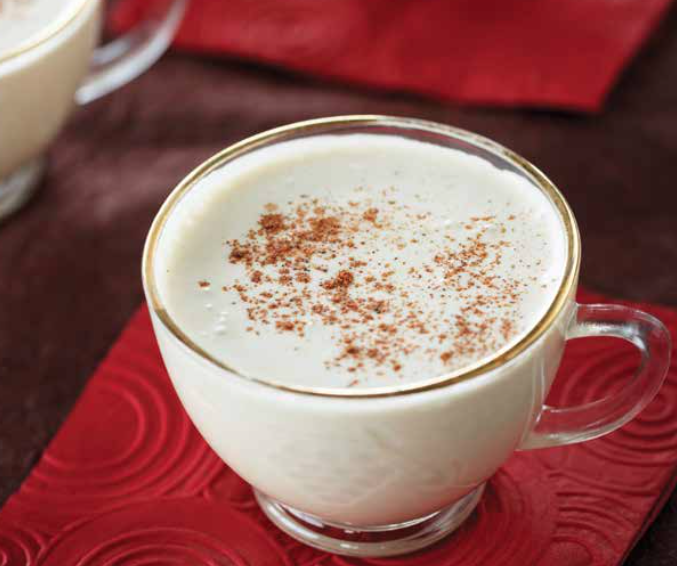 Bring the Fustini's Cinnamon Pear Balsamic to a simmer in a small sauce pan and cook until reduced by half, 8-10 minutes.  Let cool to room temperature.

Whisk the remaining heavy cream to almost-hard peaks.  Fold in the Fustini's Cinnamon Pear Balsamic syrup.  Add the flavored cream to the egg custard and stir. Stir in the cup of liquor or milk.

To serve, ladle some of the eggnog into a cup and sprinkle with cinnamon and nutmeg.