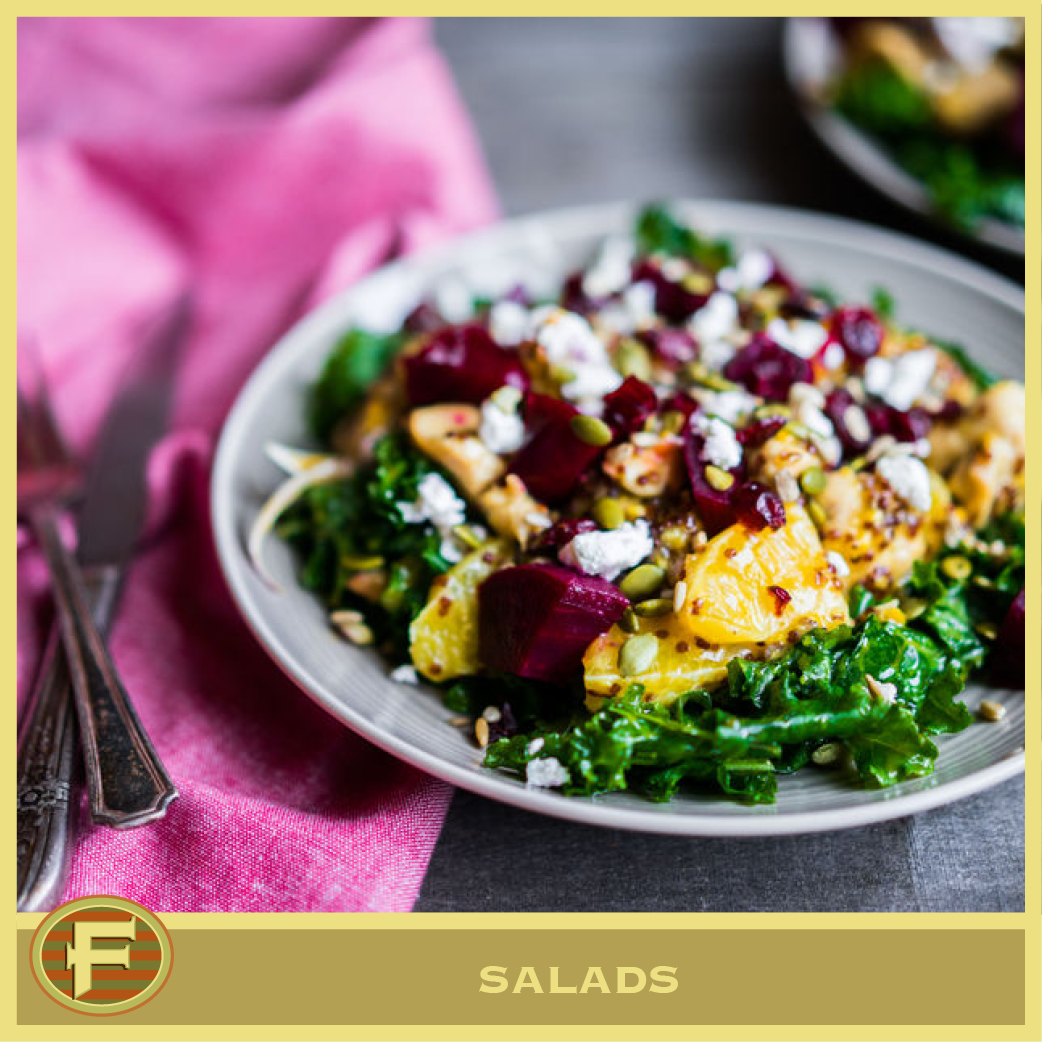 Divide the Boston lettuce leaves between four plates. Cut each radicchio piece in half and place on top of the lettuce leaves. Divide the asparagus between the four plates and sprinkle pine nuts on top. Drizzle the salads with the Fustini’s Lemon Rosemary Vinaigrette and serve with Brie Toasts.

Preheat oven to 375 degrees. Brush bread slices with Fustini’s Basil or Rosemary Olive Oil and lay them on a sheet tray. Season the bread with salt and pepper and top each with a slice of Brie. Bake in the hot oven until the brie is melted and the toast is slightly brown, 3 to 5 minutes.