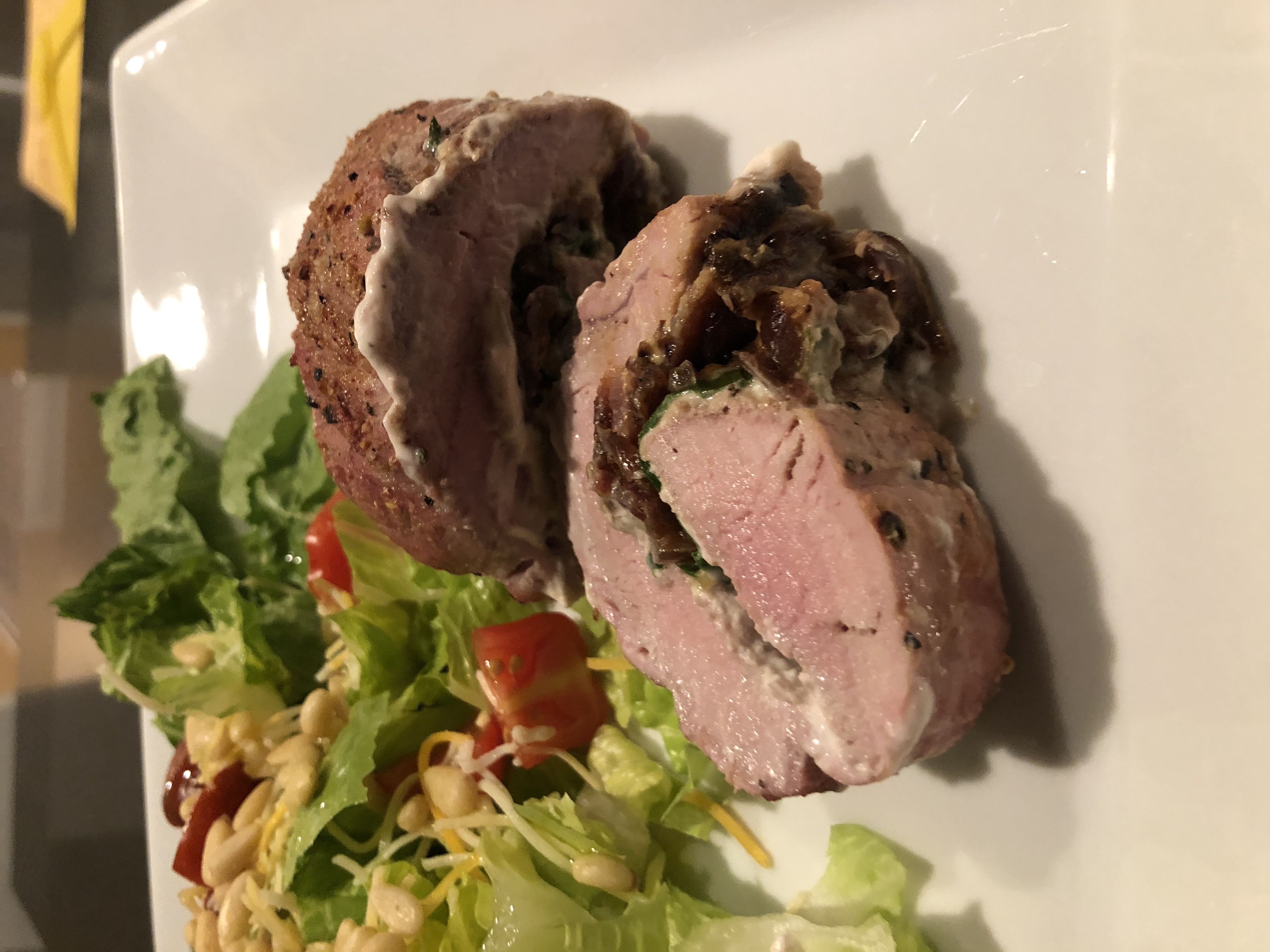 Preheat a 9" cast-iron skillet over medium-high heat. Add the bacon and cook until fat is rendered and bacon is crisp. Remove the bacon to a paper towel to drain, leaving the bacon fat in the pan.  Add the olive oil and sliced red onions.  Cook for about 20 minutes over medium heat, stirring occasionally until the onions have darkened considerably.  Reduce heat to low and stir in balsamic.  Remove onions from pan and set aside.

Spread the softened cream cheese on top of the butterflied tenderloin. Sprinkle with the shredded manchego cheese, caramelized onions, baby spinach leaves and bacon pieces.  Starting with the long edge of the tenderloin, begin tightly rolling it back up. Tie the roll together with butcher's twine every inch to inch and a half until the roll is nice and bound.  Season the pork liberally with Fustini's Grilling Rub.

Grill over indirect, medium heat for approximately 20-25 minutes (if roasting in the oven, place in a 375 degree preheated oven for the same time) or until internal temperature reaches 145 degrees in the thickest part of the meat.  Turn the pork every 5 minutes while cooking.  Allow the tenderloin to rest at least 5 minutes before removing the twine.  Slice the tenderloin into 1-inch rounds before serving.