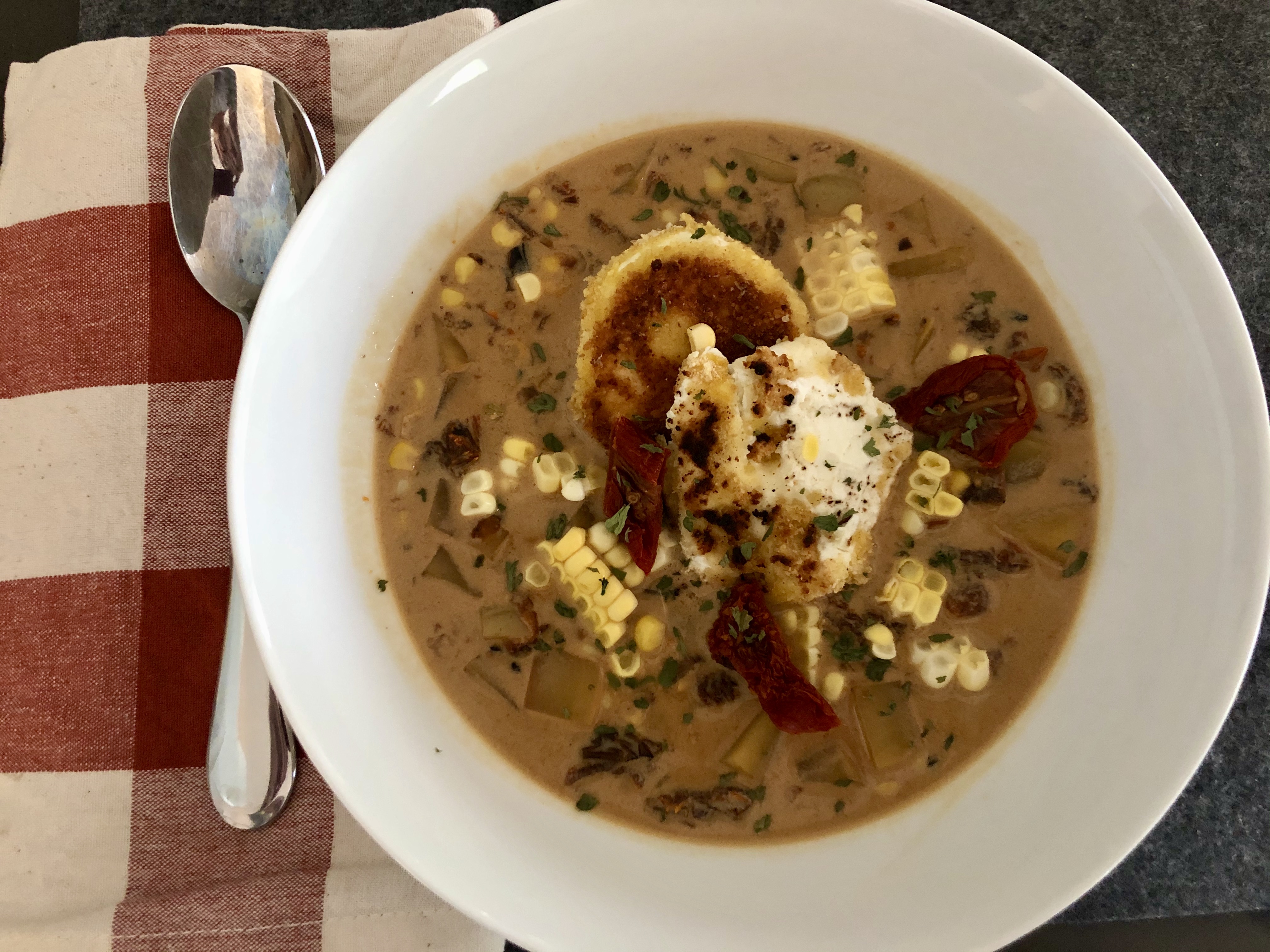 Adapted from "How Sweet Eats"

Heat the olive oil in a large pot or Dutch oven over medium-low heat.  Stir in the onions and garlic with a pinch of salt and pepper and smoked paprika.  Cook, stirring often until softened, about 5 minutes.  Stir in the chopped sundried tomatoes and cook for another 1-2 minutes.  Stir in the corn, potatoes and stock.  Bring the mixture to a boil, reduce heat, cover and simmer until the potatoes are fork-tender, about 15-20 minutes.

In a shaker bottle, add the flour to the half and half and shake well until it is combined.  Slowly pour into the soup mixture while stirring.  Simmer the mixture for 5 minutes - it should thicken up.  Taste and season accordingly if needed.  Stir in most of the chives, reserving a few for topping.  Serve, topping the bowl with extra sundried tomatoes, fresh corn off the cob and coat cheese crouton.

Slice the goat cheese into rounds (about 6-8 slices).  Place flour on one plate, the beaten egg on another and the breadcrumbs combined with the Tuscan seasonings on a third.  Heat a large skillet over medium heat and add olive oil.  Dip each goat cheese piece in flour, then in egg then in breadcrumbs.  Place the min the hot oil and cook for 1-2 minutes per side until golden and crispy.  Remove with a slotted spoon and place on a paper towel to remove excess oil.